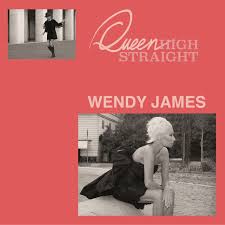 As frontwoman for Transvision Vamp, Wendy James was fearless leading the band to top ten hits with “I Want Your Love” and “Baby I Don’t Care” before the band disbanded. Now, after collaborating with the likes of Elvis Costello, Patti Smith, Iggy Pop, and Nick Cave she is alone and out on her own with a new record that combines Soul, Vintage Pop, Funk, and pretty much every other cool genre you can come up with.

The opening title track sounds like it could have been peeled right off the Dusty in Memphis record, “Perilous Beauty” and could have been on a Pixes’ record, and “Marlene Et Fleur”  would have been perfect on any of the early-era Bangles records. One of the more intriguing aspects of this album is the ability to travel from one musical era to another at the blink of an ear, case in point the ’60s Phil Spector girl-group vibe of “Free Man Walk” followed immediately by “Stomp Down, Snuck Up” that could have been on any mid-career Madonna release, and “Little Melvin” that has a bit of a Sharon Jones and the Dap Kinks funky soul in it.

Pleasurable sound nuggets are everywhere with quite possibly the best of the lot “Bar Room Brawl & Benzedrine” showing off the backing bands’ musical prowess. This is a shape-shifting tour de force that is best savored loud and in large doses.