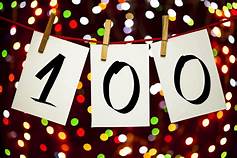 One of the best session guys in the business today, Jesse Dayton steps out on his own to deliver a fine set of where did I go wrong vignettes. “Killer on the Lamb” is a “Long Black Veil” worthy murder ballad, and “Charlottesville” is one of a couple of political statement songs.

Known mostly as a producer for Foxygen, The Shins, Kevin Morby, Damian Jurado, and many others, Swift delivers an intense set of songs that dive right into the heart of the soul. With lyrics like “My name will go missing but my name will be still there,” it’s almost as if he had a premonition that he would die due to complications from alcohol abuse shortly after this record was completed.

Shades of Matthew Sweet and late-era Beach Boys, Sonny Smith, the head honcho for Sunny & The Sunsets, steps out on his own for a Power Pop spectacular album. Produced by Dan Auerbach in his Nashville studio the guitars have a fifties Sun Records flavor to them.

With Waylon gone, there are only a handful of real bonafide Outlaws left to carry the torch. This record is full of Honky Tonk gems, “Honky Tonk Hell,” “Hard to Get High,” and “Bourbon and the Blues” just to name three.

The mostly Americana band has turned a bit towards Stax-era Country Soul on their sixth album. There are flashes of John Fogerty and Sturgill Simpson swirling around everywhere.

Stepping out of his super producer brother Dave’s shadow, Brent Cobb has his moment in the Laurel Canyon sun with this laid-back set that features hints of Jackson Browne, Drive-By Truckers and 70’s Outlaw Country

Caroline Rose is a woman that is wholly comfortable in her own skin. Her latest record is full of observational vignettes centered around making a go of things in a complicated world. “I got a bicycle I’m cruising down the street, I like to keep it loose and freaky in the sheets.” On “Soul No. 5” she really shines full of soul and swagger.

Think Crosby Stills and Nash without the Young for the best description of this record that will take you back to your Pure Prairie league days.

Hard to believe this is her first proper release in five years, but it was very much worth the wait. From the Spanish guitar on “Different Shades of light” to the almost Western feel of “Roll ’em,” every song is a textured gem that stands out on its own.

The light-hearted touch to this album is a refreshing antedote to an otherwise turbulent world. “Don’t Worry?” tells us not to let our hearts turn into stone and not to give up if we just can’t get our way, and the title track should be a mantra for us all.

Not quite the English Beat as you might remember, and probably should, love, front-man Dave Wakeling has assembled a new band that carries the torch in quite fine fashion. The Pop, R&B and Jamaican rhythms lay down an infectious groove that would make Elvis Costello and Marshall Crenshaw proud.

Not quite as bombastic as its prequel Dirty Pictures (Part 1), this set of Jerry Lee-style piano warblers is a fitting example of what one of the best live acts on the planet can deliver to your ears now playing in a venue near you.

Another living and breathing example why Rock and Roll is not dead and never will be. There are echoes of early Rolling Stones, Thin Lizzy, and Guns ‘n’, Roses rocking everywhere on this one.

A much more than a suitable follow-up to his 2015’s Delilah, on his latest record East lays down some cool Muscle Shoals sound courtesy of super producer Dave Cobb who brings out the vintage Soul from a timeless singer.

The Dirty Nil plays pure uncompromising Rock and Roll. Master Volume, their latest record, is a more mature album than what we are used to from these guys, but there are still hooks galore to sink your ears into. Part Oasis, part James Gang. and part Clash, it is songs like “Pain of Infinity” that will steal your Rock and Roll heart.

If there is an album that will debunk the rumors that Reverend Peyton’s Big Damn Band is just a kick-ass live band that doesn’t translate well to vinyl, Poor Until Payday should be the one. Sort of Mississippi John Hurt by way of ZZ Top and Bukka White is probably the best way to describe this band of warriors that play close to 300 shows per year.

As good as Dying Star, the debut album from Ruston Kelly is, he may not have released the best album in his own household. That honor would go to wife Kacey Musgraves, but more on that later. Dying Star is a terrific record. Within the Country Folk skeleton presented here, there is a certain vulnerability that comes through in his fine gritty voice. Early Ryan Adams comes to mind. “Paratroopers Battlecry” and the mournful “Blackout” would have fit in just perfectly on any Whiskeytown record.

Peace Town, the latest and last record released by Jimmy LaFave is a 20 song set that includes two reinterpretations of previously released songs along with covers from a variety of influences ranging from Chuck Berry to Pete Townshend, to Bob Dylan.

On his fourth L.P. for Bloodshot records, Luke Winslow King seems to have found his stride. From the John Lee Hooker inspired Blues Boogie of “Thought I Heard You” to the hauntingly beautiful title track, everything about this album is inspiring. “After the Rain” has a real Mark Knopfler vibe going for it and “You Got Mine” will remind you of later day Eric Clapton.

At first listen, the pairing of Robbie Fulks and Linda Gail Lewis may seem a bit odd. But stay with this one and what you get is one barnstormer of a record. From honky-tonk piano to Sun Records guitar licks this is a fun record. The opener “Round Too Long” sets the rock-a-billy stage and “I Just Lived a Country Song” bridges the gap between Hank Williams, Merle Haggard and Garth Brooks all in the span of one song.

Playing forward a life well lived, Marianne Faithfull’s latest, and hopefully not last, album is a carefully curated road trip from the early days with beautiful new versions of “As Tears Go By” and “It’s All Over Now, Baby Blue” all the way to her nod to her own mortality on “Misunderstanding.” Nick Cave even pops in for a cameo on “The Gypsy Faerie Queen.”

Every song on this solid set of Psychedelic Pop could have easily been included on either a solo John Lennon album or a Travelling Wilbury’s record.

There is a vintage 80’s country feel to this record that comes across as genuine and is very appealing. Dawn Landes has a delivery that can be compared to K.T. Oslin with a side order of Dolly. “Southern Girl” and “Travelling” are two of the best country songs you will hear all year.

Our covers album of the year, Muscle Shoals: Small Town Big Town celebrates the music recorded in Muscle Shoals, Alabama. From the Country tinged Alan Jackson cover of “Wild Horses” to Aloe Blacc’s stunning spot-on rendition of “I’ll Take You There,” everything about this record is great. Steven Tyler’s “Brown Sugar” is Aerosmith worthy and Keb Mo’s “Road of Love” is about as fitting a tribute as you can get.

To some, a band that goes all in with their love for 70’s good old-fashioned retro-tinged Rock and Roll should be a one and done listen. In the case of Black Coffee when it is done so well and without a hint of irony, your ear-tention is not only warranted, it is demanded.