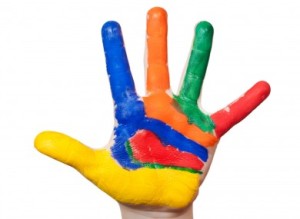 The year seems to be pretty much hitting its stride with some major developments on the digital scene. The mighty Slade is now available on all of the digital and streaming platforms. More Glam all of the time is a very good thing. As far as the rock and mortar releases, it has been a crackin’ week as well. Bruce Hornsby is back, this time without his noisemakers, Norah Jones announces her welcome return and retro blue-eyed Blues belter Eli “Paper  Boy Reed” makes his triumphant return. And Yes folks, there’s more.

If you are a fan of the Laurel Canyon Beach Boys West Coast vibe then the new record, Slow Fascination, is definitely your jam. Big search is the solo moniker for Matthew Popieluch who when he is not sitting in as a sideman for bands like Papercuts and Fools Gold is creating lush Indie Pop orchestrations. Pianos and acoustic guitars blend delightfully with blended harmonies and intricate arrangements.

Shovels and Rope – By Blood

The opening salvo on this set, “I’m Coming Out,” sets the sonic stage for this one. With a sound palette that is much more out front than their past more introspective affairs. By Blood rocks a bit more than 2017’s Busted Jukebox, Vol. 1, but no worries, the skin-tight harmonies are still front and center and the energy is satisfying.

Three years removed from his first post Civil Wars album, Beulah, a somewhat dark affair, John Paul White is back with an eclectic blend of Americana and Country that should go far in moving his star forward. With a voice that travels between Roy Orbison and Ray Price, this record has a classic sound with a modern feel.

Band of Skulls – Love Is All You Love

This British three-piece Rock band mixes electronic and live instruments on their fifth album. Propulsive and full of energy, “That’s My Trouble” is sexy, Cool Your Battles would be a great selection for your 2019 driving tune playlist, and “We’re Alive” has a bit of an 80’s Brit Rock tinge to it. Emma Richardson is the real star here, but the entire band shows a diversity that can be rare in the Rock and Roll world.