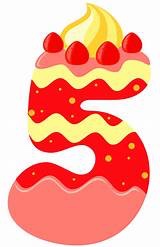 Weezer – The End of the Game

The new Weezer album won’t be out until May but if this new rockier version of the band is any indication it is sure to be a scorcher.

Green Day – Father of All

The new record, Father of All, is set for a February 2020 release. The sound is still Green Day but Billie Joe takes the falsetto up a notch or two on this one.

Aubrie Sellers – My Love Will Not Change (feat Steve Earle)

A bit of of a change of Rock and Roll pace for these guys, Steve Earle channels his inner Ray Wylie Hubbard on this one.

Somewhat cooly bizarre hybrid of Stray Cats channeling Chris Isaak, this one ping pongs between Rockabilly and Sunset Strip Rock at the blink of an ear.

Alice Cooper has just released, Breadcrumbs, an E.P. paying tribute to Detroit Rock and Roll bands the likes of Grand Funk and the MC-5. Here, he covers a vintage Bob Seger deep cut.