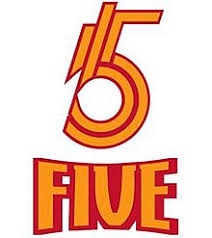 The Darkness – Easter Is Cancelled

On their latest record, The Darkness, tight-pantsed heroes on a mission to save the world with the power of Rock, don’t make any apologies as they turn the proceedings up to 11 as they gloriously build on their Queen, AC/DC, Thin Lizzy foundation of glorious Glam.

A bit of a Swiss Army Kinife sort of artist, here, Angel Olson mostly shreds her country inflected Indie-Folk for a more lavish and expansive sound. Bolstered by a 17 piece orchestra, this record should be a master class in how to do Symphonic Pop the right way. From the title track to the moody and expansive “Impasse” your ears will take you on a journey that would make The Moody Blues proud.

Even back in the day, Legendary Glam Rock band Angel never really amounted to anything above cult status. But, as huge fans of the band, we here at Rock is the New Roll are bordering on giddy with the release of their first record in 19 years that features original members Punky Meadows and Frank Dimino. Thankfully, the band doesn’t stray far from the sound they were laying down when they were opening for Motley Crue, Poison, Van Halen, and the rest of the hair band crew back in their Sunset Strip glory days.

Weighing in a lean 42 minutes, Old Crow Medicine Show pays tribute to the iconic palace of Country music on this joyously vivacious live set. From the opening 1-2 punch of “Tell It To Me” and “Shout Mountain Music” the template is laid down for the evening as the band weaves hee-haw nostalgia with contemporary coolness. Margo Price joins in on the fun playing Loretta Lynn to Ketch Secor’s Conway Twitty on “Louisiana Woman, Mississippi Man,” with Molly Tuttle and Charlie Worsham jumping on stage for the showstopping and show ending “Will The Circle Be Unbroken.”

Much like he did with his former band Beachwood Sparks, with GospelbeacH, lead singer Brent Rademcker, channels Tom Petty and the Laurel Canyon sound with a Country Rock vibe that is timeless. Adding even more to the Pop credentials laid down on the highly excellent 2017 release Another Summer of Love, “Dark Angel” could have been a long lost Heartbreakers song, and even when the band goes low and slow like they do on “Get It Back” there is a cool nostalgia that can be traced back to The Long Run era Eagles. The late Neil Casal, who was a member of Beachwood Sparks, contributes searing solos throughout the record and is a bittersweet presence on an uplifting record.