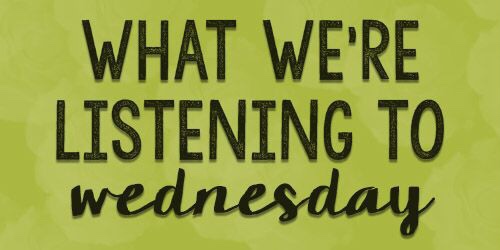 Here are just some of the songs and artists that worked their way into our ears this week:

Released late September this record has been spinning pretty consistently at Rock is the New Roll HQ. Their third full-length record after an absence of almost three years, this one is full of Marc Bolan influenced energy. “Your either on something” is the cream of an excellent crop.

From their new one Closer Than Together the Avett brothers 20 years in are growing up in front of our very ears.

One of our favorite songs of the year, Ride their album, This Is Not A Safe Place is their best release since 1992,

With her Joan Jett by way of Debbie Harry vocal swagger Mirjam and the boys rock this town with a blend of AC/DC and Kiss inspired Rock as well as Roll. We are becoming big fans of this band.

This Aussie now living in California delivers some fine dreamy Jangle Pop on this one. A fine put the top down and cruise tune if there ever was one.

Everything great about the Texas hill country is name checked here from Lone Star Beer to Gruene Hall and the Guadalupe River.

Evan Felker and Carrie Rodriguez – Whiskey In Your Water

With his band The Turnpike Troubadours pretty much imploding Evan Felker is taking off in his own direction here with a classy duet featuring Carrie Rodriguez.

The Rhyolite Sound – Margaritas and Cocaine

Hailing from Las Vegas these guys play what they call desert Honk Tonk. Nothing sets me straight like cheap women and beer. Mojave Gold is our Tonk record of the year.