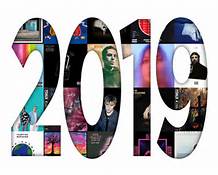 40. Bedouine – Bird Songs of a Killjoy

’60s Folk meets 70’s Country-Funk on this one, Azniv Korkejian performing under the name Bedouine delivers a sparse yet eclectic vibe with a slight touch of bossa nova cool that makes things all the more interesting.

The album title along with every song on the record pays tribute to Jerry Jeff Walker and Texas hill country. “Straight Outta Jail” is a Lyle Lovett inspired gem and the sublime version of “Desperadoes Waiting For A Train” is the stuff Texas Legends are made from. Welcome back, Jack Ingram.

If you are a fan of the Laurel Canyon Beach Boys West Coast vibe then the new record, Slow Fascination, by Big Search, definitely is your jam. Big Search is the solo moniker for Matthew Popieluch, who, when he is not sitting in as a sideman for bands like Papercuts and Fools Gold is creating lush Indie Pop orchestrations. Pianos and acoustic guitars blend delightfully with soaring harmonies and intricate arrangements.

With more than a passing homage to Chuck Berry, Honky Tonks, and good old Rock and Roll, this record could have come right from Sun Studios circa 1957.

I would guess when Steve Earle stood on Bob Dylan’s coffee table and proclaimed Townes Van Zant the best songwriter ever that Guy Clark must have been a close second. This collection of songs is nothing short of terrific. With his band playing just the right notes at just the right times, the song “Old Friends” with cameos from Terry Allen, Jerry Jeff Walker, Emmylou Harris, Rodney Crowell, and Jo Harvey Allen is worth the price of admission alone.

for some strange reason, this album never saw the light of day when it was originally recorded in 1972. Billed as the “Lost” album, this one was recorded between Marvin Gaye’s masterwork, “What’s Going On” and 1973’s “Let’s Get It On. Reviews of the day called it ” A mostly disjointed affair”,  which explains why it never reached proper release standards, But, when you stack it against what we are exposed to on the present-day music scene, it is a top of the pops effort.

Ex Hex is Mary Timony, Betsy Wright and Laura Harris, all veterans of the Indie Rock scene over the last decade or so. Sort of a more punk version of the Pretenders, the crunching guitars and the glittering sheen that is filtered throughout the record will have you spinning back to those days when Rock and Roll was nothing but fun.

Kenny Wayne Sheppard with each release seems to be more and more comfortable with his place in the pantheon of guitar slingers. His latest, a Classic Rock concoction of Blues, Boogie, and Rock is a powerhouse. Singer Noah Hunt is in fine grizzled form still sounding like Warren Zevon’s less drug-addled brother, and Stevie Ray’s old stick man Chris Layton pushes the band down the rails like a runaway train. Including eight originals and two covers, the best of the lot being a scorched earth version of Neil’s Mr. Soul, this one might be the band’s best record to date.

Whoever said that the only good music comes out of Austin, the left or the right coast, or New York, have obviously never heard of The Reconstructed, the best thing to come out of Southern Maine since the lobster. Their latest record, Great North Wind, is a melodic stunner of an album with delicious hooks, sweet vocals, and enough of a Power Pop sensibility to make Alex Chilton jealous. The opener, “Cross Talk” is what the stork would have delivered if the parents were the Bands Crazy Horse and The Bodeans, and the title track shares some DNA with Jason Isbell and the 400 unit. “Wrapped” sounds like it could have been a R.E.M. B-side, “50 Minute Records” features next-level songwriting, and “Talking With Your Ghost” rhythmically carries a bit of a John Mellencamp torch.

In short, while bits, pieces, and resemblances of other great bands might be salted here and on this record, don’t be mistaken, this album is a wholly unique unicorn that should be reaching more ears.

This melting pot of a record has it all. Gritty Muscle Shoals Soul, Heartfelt Americana, Gritty Blues, and good old Country. Recorded live in Nashville in the same studio that Jerry Lee Lewis and Emmylou Harris made magic, this one is leaps and bounds better than his also excellent 2016 release Honest Man, and that, in itself, is no small feat.