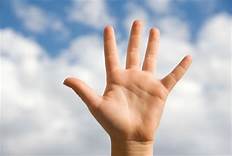 The year is starting to get cranked up in fine style, there a lot of folks in the studio right now laying down the music that will set our ears on fire in the later months, but in the meantime, here are five really good records released this week.

The Wood Brothers – Kingdom in My Mind

Having recently built a new rehearsal space and studio, as the band was testing out different microphone arrangement in different pockets of the room, the inspiration hit them to write a new record. Their brand of skin-tight harmonies along with their own unique blend of Soul, Folk, Blues, and Gospel, sounds even more intimate in the new studio with a live, not over-produced feel floating over all of the songs.

An Astral Folk supergroup that consists of Anais Mitchell, Eric Johnson of The Fruitbats, and Josh Kaufman from The National, this band paints transatlantic traditional Folk with a contemporary brush. And, it’s never a bad thing to have Justin Vernon lend a vocal hand. This record comes fresh off their appearance at The Newport Folk Festival.

Andy Shauf is a storyteller of the highest order. Here, on his latest record since 2016’s The Party, he weaves a narrative across 11 songs detailing the ashes of a lost relationship. Hearing his ex-flame is in town he invites her to The Skyline, his favorite dive bar and chronicles the thoughts, feelings, and the depths of emotions he is feeling over this semi-random encounter. The resulting album appears to be seamless, which must have been a challenge since Andy pared the record down from a starting point of 50 songs.

Another Athens, Georgia Band, these guys have been around since 1999. Toning down their amped-up Garage Rock vibe just a bit, there is a bit of T Rex and Country Rock Vibe going on with this one.

A Girl Called Eddy – Been Around

Having been on semi-hiatus since 2004 and with her highly excellent eponymous debut record, Erin Moran, doing business as A Girl Called Eddy is back and better than ever. Been Around, her 2020 record could very well be a classic in the making.

With a chocolaty smooth voice that brings to mind a young Chrissie Hynde, the record ebbs and flows with little mini-orchestral marvels. With Daniel Tashian of The Silver Seas twirling the knobs as a producer, different layers and textures are employed on every track. There is a bit of a Sheryl Crowe by way of Mary Chapin Carpenter going on in places, and in others, this girl called Eddy goes low and slow Laura Nyro style. “NY Man,” and “Two Hearts,” are just two of the stand-out tracks on this one. Sure, it’s really early, but this one is the leader in the clubhouse for the album of the year.