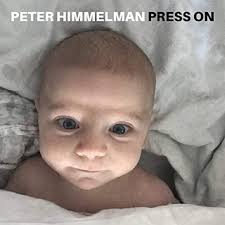 It is pretty hard to believe that Peter Himmelman is 15 albums in and has been applying his trade since 1986 with on solid effort after another, and his latest, Press On, is certainly no exception. Recorded live in-studio this one runs the cool-genre spectrum from Roots Rock to Gospel, To Country with a little bit of Rock & Roll and beyond.

“Press On,” the title track is a Gospel tinged narrative beauty and rides the same bus as Elvis Costello and Graham Parker, while the rest of the record carries that same working man’s hardscrabble songwriting flair. Even though the record was recorded in just under four days nothing about his feels rushed, just another troubadour doing what he was born to do.

2 thoughts on “Album of the Day: Petter Himmelman – Press On”