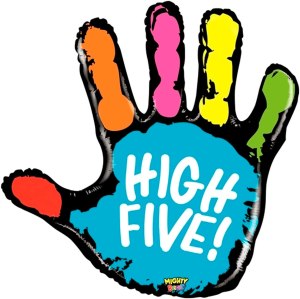 We get an extra week this month to check out our favorite records. That’s the good news. The bad news is that is is a pretty tepid week on the new release front. Undaunted, however, we will carry on my wayward sons.

There is a new Stryper song to sink your ears into in advance of a new record to be released later in the year.

Retro Country stars Midland gave us a live video this week from their live at The Palomoino recent release,

and, Rock is the new Roll mega-favorite Lissie is back after an extended absence with the highly excellent track “Just Because I can.

Here are five new records that have earned our attention this week.

With this, his 8th album since his 2015 debut,  and his second already this year, to say that Charlie Crockett is on a bit of a roll would be like saying Eric Clapton is good at that guitar thing. Of course, captain obvious. And what a stellar album it is. Expertly walking the tightrope between Classic Country and Americana-Roots music, there is nothing about this old soul crooner that seems past its born-on date. Sure there is a bit of good old countrypolitan in many of the tunes presented here, most notably with the aptly named “The Man That Time Forgot,” but it is on the take me to the honky numbers “Run Horse Run” and “Paint it Blue” where this record really earns it spurs.

Somewhat of a departure here for Mike Polizze as he strays from the recent Grunge-Garage sound of his band Purling Hiss for a more gently acoustic sound on this, his debut solo record. Played and sung entirely by Polizze with production help from Kurt Vile the record meanders from shoe-gaze to Beck inspired Bedroom Rock at the blink of an ear. There is a bit of grandeur around the subtle instrumentation that deftly floats around the lyrics that might bring to mind Nick Drake or Karen Dalton at their most thoughtful.

Psychedelic Furs – Made of Rain

As the torchbearers for much of the Psychedelic Rock sound that is prevalent in today’s  Indie Rock sound, The Psychedelic Furs have released their first record in over twenty years. Dispanding their snarly Punk sound and sometimes foray into Synth-Pop, this one has a more expansive arena-friendly sound. There are a couple of real highlights here that will genuinely excite the long time fans of the band including “Wrong Train,” a song clearly demonstrating that Richard Butler has lost nothing on his vocal fastball and “Don’t Believe.” Once concerts return to full gear, expect an epic return to glory for this band that practically invented Indie Rock and college radio.

A Heros Death, the sophomore album from Fontaines D.C. may not be as spot-on dangerous as Dogrel, it is still, none the less, an inspiring record that deserves to be in your record collection. Starting from the opener “I Don’t Belong,” a mid-tempo anthem that highlights the gritty vocal of Grian Chatten, the stage is set for this Dublin Band, sort of a Post-Punk U2, to opine on their world view over 11 tracks of intermittent rage and corresponding thoughtfulness.

“You Said” has a bit of a Velvet Underground feel to it, while the title track certainly shares some DNA with Iggy Pop and the Stooges and might just be the most important song to be released this year

Don’t get stuck in the past
Say your favorite things at mass
Tell your mother that you love her
And go out of your way for others
Sit beneath a light that suits ya
And look forward to a brighter future
Sink as far down as you can be pulled up
Happiness really ain’t all about luck
Let your demeanor be your deep down self
And don’t sacrifice your life for your health
When you speak, speak sincere
And believe me friend, everyone will hear

If only people would listen.

The classic Chicago blues is bleeding from every ounce of Mojo Buford’s fine new record, Mojo Workin’. Having the distinction of being the only harmonica player to have played with Muddy Waters in the 1950s, ’60s,’70s, and ’80s Mojo Buford was a Blues staple from Memphis to Chicago before his death in 2011. Originally recorded in 1969 this reissue courtesy of Sundazed records features many of his songs included in his live repertoire including “Got My Mojo Working,”  the song that delivered his nickname when every night he would get requests to play the famous Muddy Waters tune.

The sound quality on this release is excellent and Mojo’s self-penned songs stand equally as tall beside Otis Spann’s “Blues Is Botheration” and Sonny Boy Williamson II’s “Help Me.

If harmonica-blues is your jam, you can’t get much better than this one.