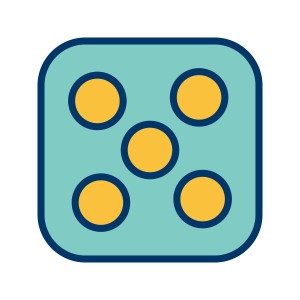 The weather is getting colder and the music is getting hotter. Sure, the present-day recording methods are certainly not old-school, you don’t even have to be in the same room as your bandmates these days, but the Rock and Roll results are no less cool.

L.A. Witch is priming the pumps with “Motorcycle Boy” the new single in advance of proper record to be released later in the year.

The Treatment rocks as well as roll the earth with “Rat Race.”

And, Kings of Leon are back, and ready to roll with the release of “Echoing” they are announcing their return to form in fine fashion.

Here are five captivating new albums that are tickling our ear lobes this week.

The Pretty Reckless – Death By Rock And Roll

It is hard to believe that Taylor Momsen is now 27 years old. Four albums in with Death By Rock and Roll the Pretty Reckless singer has released her magnum opus with a stunner of a record that bears her rock and roll soul and pays tribute to a couple of people close to her that had recently passed away, Chris Cornell in 2017, and her best friend who died in a motorcycle accident.

The opener and title track “Death By Rock and Roll” has Momsen in great vocal form and maybe ultimately a contender for Rock song of the year, “Got So High” slows the vibe down to a delicate beauty, and the Halloween friendly one-two punch of “Broomsticks” and “Witches Burn” brings us back to the days of the Salem witch burnings and might be the strongest vocal in the set. This is a user-friendly album that will resonate long into the year.

Django Django – Glowing In The Dark

The jangle guitars, shimmering synths, and hints of Surf Rock all serve to give notice that even after four records of experimentation with New Wave, Psych, and Krautrock the U.K. Quartet is not ready to sit on their collective laurels as displayed with their new release, Glowing In The Dark.

There is a surprise around every corner with this record. Once you settle in with the shimmering propulsion of the opener “Spirals” the bouncy Pop-fastic bass-driven “Free From Gravity” hits you between the ears, and the title track “Glowing in the Dark” will have you hitting the dance floor.

Beth Lee – Waiting On You Tonight

After stepping away from her band and the recordings she made as Beth Lee & The Breakups, Austin-based artist  Beth Lee shows that she is no one-trick Americana pony. Influenced by Nicole Atkins and Stax Soul with a healthy dose of Hope Sandoval, front-woman for Mazzy Star, her latest record produced by Chuck Prophet drummer Vincente Rodriguez jumps into ’60’s girl group on “Birthday Girl” Joan Jett rocker with “Pens and Needles” and Go-Go Girl chanteuse on the infectious “It Was Enough.” Call this an Americana record if you will. But do so at your own peril. This one is a refreshing new find that will be renting some space between your ears for quite some time.

Not to be confused with the now-defunct Austin dive bar The Horseshoe Lounge, the joint made famous by Slaid Cleaves in his song of the same name, here, The Barlow delivers their own unique Colorado Country story-book small town anthems with a heartfelt honesty earned courtesy of thousands of road-weary miles on the road. Combining Americana, Country, and Rock with some sweet pedal steel along to way to keep things old-school, Horseshoe Lounge will remind your ears of many of the artists you hold dear including Mike & The Moonpies, The Steel Woods, and Sunny Sweeny.

The Paul Weller personally endorsed band, The Moons, singer Andy Croft was part of Weller’s backing band, don’t stray too far from the Modfather vibe on this, their first album after a six-year hiatus.

The touchtones are as varied as you would expect given the pedigree with influences the likes of ’60’s Garage Rock, British Invasion, Brit-Pop, along with the Weller go-to genre, Power Pop.

Every song on this one is next-level cool. “Sleep” has a Sgt. Pepper era Beatles meets The Kinks aura about it and could have been produced by George Martin himself, “Maybe I’m The Perfect Man (For You)” could have been on an early Style Council record, and the orchestral George Harrison-Esque ballad “Here I Am” might be the best song of the bunch. “Far Away” even has a bit of Doug Sahm in its DNA.

Of course, the Weller co-write here, “Tunnel of Time,” is as you would expect, brilliant. Released on their own Colorama label, this one is the leader in the clubhouse for album of the year.