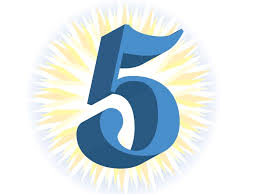 The weeks just keep moving along as we wait in anticipation of the new Chuck Prophet record as well as the new release from Paul Weller. But, while the album scene may be lacking a bit the singles and the cover songs seem to fill up the airwaves quite nicely.

Here are five cool records that have hit us between the ears this week.

Norah Jones – Pick Me Up Off The Floor

Around the time that Norah Jones was recording her 2016 album, Day Breaks, she recorded several songs with different collaborators and released them as a series of singles gathering them all together in an album released in 2018 on the record, Begin Again. And now, in 2020 the rest of the songs recorded for those sessions have seen the light of day with her latest album, Pick Me Up Off The Floor. The overall vibe of the record leans to the laid-back side with her sly jazz sensibility infused with the pop flourishes that Norah is known for.  “I’m Alive”,  a song that features Jeff Tweedy is a highlight. This one makes for a fine Sunday Morning listen.

In 2017 the band Built To Spill served as the backing band for the late Daniel Johnston for a couple of shows. The shows went over so well and the band had so much fun playing the songs of troubled Austin troubadour that they decided to hone the songs down a bit and release a full album. The record features mostly Johnston’s late 90’s work and captures the worn weary pathos of the artist pretty much perfectly.

Larkin Poe – Self Made Man

Larkin Poe, a band comprised mostly of sisters Rebecca and Megan Lovell, whose great grandfather is Edgar Allan Poe, delivers a healthy dose of Southern Roots rock in the Allman Brothers mold. Their latest record, Self Made Man, rocks a bit more than their previous efforts with shades of Southern Rock, Chicago Blues, and even a bit of Americana Country entering the song cycle at unexpected times. The choruses carry a lot of hooks and the guitar work is aggressive and first-rate particularly on “Back Down South” where guest guitar slinger Tyler Bryant does the heavy lifting.

This record is one of those pleasant ambling affairs that you would expect from the like of J.J. Cale or Ry Cooder. Recorded in Northern California at the home of the folk group Rainbow Girls the soft and pleasant Americana vibe wafting through every song here will take you back to a simpler time. You know, 2019.

An eclectic listen, to say the least, Bad News Darlin’, the latest record courtesy of Andrea Mud is some sort of voodoo hybrid of Honky Tonk and Surf music. The lonesome twang has a late-night noir feel to it that is part spooky and wholly cool. The song “Hellhounds” would have been perfect in an episode of Trueblood and Birmingham, Al 8:30 Am is a Bakersfield Sound gem.