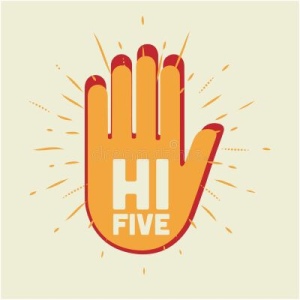 As musicians are dusting themselves off and getting ready to make their plans for the new year, the new record releases for this week have been a bit tepid, to say the least. But, fear not musical buckaroos, we will be back in full glory in the next couple of weeks as there are some really cool tunes primed and ready to hit our ear-waves very soon. In the meantime, here five cool ones that have hit our radar recently.

Somewhere along the line, Grace Potter has started to morph into a slightly more hip Beth Hart. But, that’s not necessarily a bad thing. Here, on her fresh as a daisy new video for some inexplicable reason, we see her pulling a boat down the beach in a bikini, slow walking seductively in a field of flowers, and sitting down at the piano singing like a bird. But ours is not to question why ours is only to enjoy the ride provided by this song from her highly excellent 2019 record, Daylight.

Lukas Nelson – Set Me Down On A Cloud

Son of Willie proves once again that the apple falls right next to the tree. His series of quarantine songs, Special Soundcheck Songs, has been a beautiful respite of calmness during these trying days. Here, he performs an acoustically lovely version of “Set Me Down On A Cloud” from his debut self-titled record.

This is a tough song to cover, but here the entire Peanuts gang joins in on one of the best versions of the song you will ever hear. Spoiler alert, Snoopy plays a mean upright bass.

The former member of the Welsh band Sonny Jim, Lloyd Jenkins partners with Stu Calder for a new project, Brothers in Exile. With this, their latest single, the boys deliver a bouncy hook-laden gem in the Wildhearts mold.  Classic Rock magazine describes the tune as more fun than a clown car driven at speed into a bouncy castle. And, heck they may have something there.

The Quins – Wild Ones

Put a pin in this one and save it in your musical memory banks because you are going to bearing a lot more great music emanating from this band in the coming months, you can bet on it. Solid riffs, Power Pop textures with a dynamically voiced singer that can carry the day. For practice dive into their back catalog that includes their 2019 epic of an album, The Woods Look Good.

And, for extra credit check the band out live performing “The Devil’s Abode.”

One of the best quarantine acts going, Lucas Nelson and the Promise of the Real perform a live rendition of “Couldn’t Break Your Heart” from their release earlier this year, Sacred Garden.

The Nelson boys knock the heck out of this Lukas Nelson gem.

With a spaghetti western Quentin Tarantino vibe courtesy of her Cracker Jack band The Sworn Secrets, this one sounds like a cross between Melissa Etheridge and Nicki Bluhm.

Lead singer Greta Valenti is the straw that stirs this drink, but it doesn’t stop there. This is a lot of Country Blues swagger to love about this album.

This one is for this of us who think they don’t like bluegrass. With stellar playing and vocals that would make Mary Chapin Carpenter blush, Molly Tuttle should be on your own personal best new artist list.

20-year old Christone “Kingfish” Ingram is nothing short of the next great blues prodigy. Growing up in the Mississippi delta just a few miles from the actual “crossroads” just listen to the tone coming from this guy.

The Teskey Brothers, and yes, they are real brothers, channel Motown, Blues, Funk, and Blue-Eyed Australian Soul.  With a shuffling rhythm that hooks you on every note, their sound bears similarities to Michael Kiwanuka. Listener beware though, the hipsters are starting to catch on to this band.

Much like he did with his former band Beachwood Sparks, with GospelbeacH, lead singer Brent Rademcker, channels Tom Petty and the Laurel Canyon sound with a Country Rock vibe that is timeless. Adding even more to the Pop credentials laid down on the highly excellent 2017 release Another Summer of Love, “Dark Angel” could have been a long lost Heartbreakers song, and even when the band goes low and slow like they do on “Get It Back” there is a cool nostalgia that can be traced back to The Long Run era Eagles. The late Neil Casal, who was a member of Beachwood Sparks, contributes searing solos throughout the record and is a bittersweet presence on an uplifting record.

No real new ground is broken here, just a solid set of highly listenable Pop tinged Americana tunes. And, that is very special.

42. The Pearlfishers – Love & Other Hopeless Things

41. Lukas Nelson and the Promise of the Real – Turn Off The News (Build a Garden)

As the son of Willie Nelson and the bandleader for Bradley Cooper in A Star is Born, Lukas Nelson is as hot as a firecracker right now. Lukas and his boys have even found the time to release a new record in between concerts as the backing band for Neil Young. With a Traveling Wilburys vibe in places and a widescreen pop dusting in others along with a scent of herbal hippie sensation wafting across the entire proceedings, the experience of listening to this album will be mind-altering. 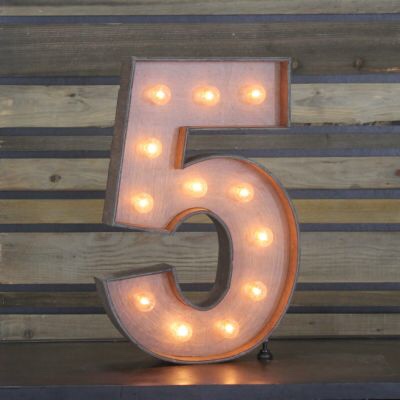 No need to adjust your sets. Just because you woke up to a new release from Bruce Springsteen, an album from Madonna, a retrospective set from Cheryl “Got To Be Real” Lynn, and a live recording from Stan Getz, doesn’t mean you have entered into some sort of Frank Zappa zodiac 80’s mind-warp. No, It just another week in what is shaping up to be a great year in music.

Addressing the elephant in the room first, the new Bruce Springsteen record is out today. And it is good, very good, maybe his best in a decade. The Laurel Canyon vibe is all over this one and some say that the album is sort of an homage to the old Glen Campbell Jimmy Webb pairings from the days of yore. After a couple of listens I can see it. Oh yeah, and did I say this album was good, actually I meant great.

Kevin Morris, ‘Keb ‘Mo, goes down smooth like a glass of fine scotch or a cigarette after sex. Any record of his should be savored, and Oklahoma, his latest offering, is just that sort of listen.

Every 18 months or so Jamestown Revival will release an album and remind me that I really love this band. Their latest, San Isabel, takes them back to their roots and their Simon and Garfunkel by way of CSN vibe. Their loving tribute to California Dreamin’ is worth the price of admission alone.

This Austin based combo is a bit genre defying, and in ‘this case that is a very good thing. Part Soul, part Surf-Rock, a lot Psychedelic, and all Cool. If Jellyfish merged with The Dap Kings the resulting hybrid might sound like these guys.

As the son of Willie Nelson and the bandleader for Bradley Cooper in A Star is Born, Lukas Nelson is as hot as a firecracker right now. Lukas and his boys have even found the time to release a new record in between concerts as the backing band for Neil Young. With a Traveling Wilburys vibe in places and a widescreen pop dusting in others along with a scent of herbal hippie sensation wafting across the entire proceedings, the experience of listening to this album will be mind altering.

Willie’s son Lukas and his band lay down an Americana version of “After Midnight.”