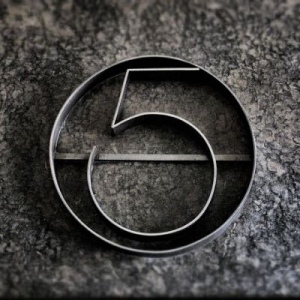 With a couple of live albums to note, Jesse Dayton’s rough and rowdy On Fire In Nashville and Linda Ronstadt Live In Hollywood, it has been a solid but not spectacular week of new album releases.

Another one of those great hybrid bands from Nashville, Blank Range combines melody-driven Rock, country-tinged Americana with bits of Psych-Folk thrown in for good measure. Think Wilco meets Drive By Truckers on this one.

The Woggles – Please Leave My Mind

A crowd favorite on Stevie Van Zandt’s Underground Garage Sirius XM radio station, these guys could have been Austin Power’s house band. This 4 song E.P. released in advance of a more proper record to come out later in the year is groovy man groovy.

With a 60’s-noire femme fatale sort of vibe, a lot of their songs are featured on the television show Killing Eve, this record is a cinematic near masterpiece. Evoking Amy Winehouse, Dusty Springfield and early Burt Bacharach, singer/songwriter Jade Vincent totally immerses herself in each of the songs. This one may end up being the most interesting album of the year.

Business of Dreams – Ripe for Anarchy

The Indie-Pop band Business of Dreams can’t quite figure our if they are firmly rooted in the 80’s or the 90’s.  With visions of 80’s Brit-Pop bands sprinkled throughout their vibe visions of The Lightning Seeds or Aztec Camera will will be wafting in the air after a couple of listens.

Van Duren was at one time a part of the underground Memphis power  pop scene along with the boys in Big Star and Alex Chilton. This album grabs 12 songs from the recently released documentary, Waiting: The Van Duren Story. If you are a fan of Big Star, Badfinger, or The Raspberries this one one is music to your ears.