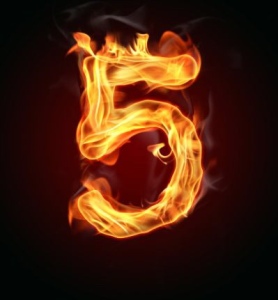 With a more than solid follow up to 2017’s album Heavy Fire, this band born from the ashes of Thin Lizzy continues to place themselves on the mount Rushmore of bands that are saving Rock and Roll. The song “Don’t Let Me Down” is a distant cousin to Lizzy’s “Dancing In The Moonlight and is worth the price of admission alone.” The title track is Thin Lizzy meets Dropkick Murphy’s.

Crystal Gayle – You Don’t Know Me

Her first new record in 16 years, Crystal Gayle goes back to her country roots covering classic country tunes the likes of “Walking After Midnight,” “Crying Time,” and “Hello Walls.” “Put it Off Tomorrow” with Tanya Tucker and Peggy Sue Wright lending their voices is a highlite. Extra credit is given for not including her mega-hit “Don’t It Make My Brown Eyes Blue” on this set.

These days it seems that Iggy Pop is trying to channel his inner David Bowie, and truth be told, this is a bit of a miss-step for the godfather of Punk. This record is an odd patchwork of free-form jazz, poetry, ambient sounds, and beat poet musings and it does not quite hit the mark. It seems he has lost his lust for life a bit. But, If you are an Iggy fan you have another era in his storied career to savor.

A somewhat hipper spin on the Highwaymen since Brandi Carlile Maren Morris, Amanda Shires, and Natalie Hemby are all pretty much in the prime of their careers, unlike their semi-namesakes that were already on the other side of the hill. Here, the songwriting is crisp, the chemistry is electric, and even though this record was put together pretty quickly there is no sense that this is a one and done project.

His 2016 album My Gospel was a terrific record, and this one is even better. Written mostly in room 41 in artist haven that is The Belmont hotel in Dallas, Cauthen’s voice has been said to sound like all four of the Highwaymen combined.