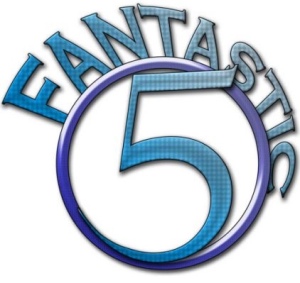 25 five years separated from his death at the age of 52 from a heart attack, from the archives comes a new Harry Nilsson record, Losst And Found. This new record with selections culled from master tapes found in the family vault features nine original Harry tunes along with a Jimmy Webb and Yoko Ono cover. There is a later-era  Harry vibe to the proceedings taking you back to the Pussycats days when Harry was hanging out with John Lennon and Keith Moon. With all-star friends Webb and Jim Keltner joining in the fun along with the Beach Boys inspiration courtesy of Van Dyke Parks, this is about as good a posthumous release as you will find this side of David Bowie. This is essential listening for a Harry Nilsson fan and a proper introduction to an influential artist for the rest of you.

Post-Punk, Garage Rock, Riot Grrrl, thrill-ness in every sense of the respective Genres. There is a Ramones vibe on a couple songs, The GoGo’s on others, and a Harmony driven Bangles on crack je ne sais quois wafting over the whole thing.  Think of it as if you were driving a Volkswagen bug with the windows up and Cheech and Chong in the back seat, and you pretty much have the idea.

Jomo and the Possum Posse – Take A Number, Satan

The self-proclaimed greatest band in the world, Austin based Jomo and the Possum Posse, according to their web site, entertain with a unique blend of cynicism, dead-eyed soul, and anti-machismo honky-tonk. Roots Rock and Roll with an Americana bent, there is a touch of Lyle Lovette truthfulness on this record.

Various Artists – Women Sing Waits (Come On Up To The House)

If, like most, you find Tom Waits’ razor blades scratching the back of his tonsils vocal musings a bit hard to take in large or even medium doses, Come On Up To The House, is a great entryway drug. Offering fresh interpretations of mostly deep-cut Waits songs, Patty Griffin, Rosanne Cash, Phoebe Bridgers, Corinne Baily Ray, Courtney Marie Andrews, and others offer beautifully accessible renditions of a songbook that is pretty much close to peerless. The Courtney Marie Andrews rendition of “Downtown Train” and the Allison Moorer and Shelby Lynne sibling sweetness on “‘Ol 55” are only two of the many highlights.

Dead Horse One – The West Is The Best

If you are a fan of French shoegaze, then this record is clearly your jam of the year. Hailing from Valence, this French combo mixes Dream Pop and Psychedelic influences into a hazy atmospheric joy ride that would make My Bloody Valentine envious. Try this one with a good set of headphones.