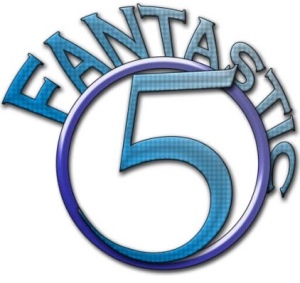 After a somewhat tepid week on the new release front, we are rolling towards the summer musical peak in a righteous form with some really cool under the radar releases to savor. Parrotheads rejoice with a new Jimmy Buffet song, Down at the Lah Deh Dah”, a song that sounds like every other Jimmy Buffet song you have ever heard, Rock is the New Roll favorites Chicano Batman has a new single out, and Even The Monkees are represented with a live set. Here are five new releases that we particularly dig.

This eclectic blend of a band combines Kaleidoscopic Folk, Post Punk, and Indie Rock into an infectious ’60s influenced brand of Rock and Roll. From the earworm worthy song “Hospital Radio” to the delicately soaring “History Has Its Eyes On You” there is something for everyone on this fine record.

As official members of the Ashley McBryde fan club from the days when she was hanging out in “A Little Dive Bar in Dahlonega,” we are calling our shot now. Never Will, her latest record will be on many of the year-end best-of lists, genre be damned. Rocking it up a bit more than her prior efforts yet maintaining her 80’s ladies charm, this one will put her right up there with Lilly Hiatt and Margo Price in the reigning queen of Country music sweepstakes.

After just a cursory listen of Logan Ledger’s fine debut self-titled it will come as no surprise that he grew up on a steady diet of Roy Orbison. Picking up where Orville Peck, 2019’s breakout Country-Noir star left off, Ledger combines Hank Sr. Lyrics with Scott Walker by way of Chris Isaak vocal stylings on this mood-setting record that will surely be in consideration for one of the best debut records of the year. Produced by T-Bone Burnett with songs like “Nobody Knows” that is one of the best last call songs we have heard in a while along with “The Lights of San Francisco,” a song from the perspective of a prisoner on Alcatraz island, Logan Ledger is announcing himself as a songwriter to be reckoned with.

Full of hyperkinetic energy, the latest record from Born Ruffians is full of festival chorus-worthy hooks and punchy Jangle-Pop that will bring to mind Weezer and The Pixies. The epic opener, “I Fall in Love Every Night” sets the tone with a frenzied string-laden piano-driven anthem that pretty much drives everything that is yet to come. Brilliant stuff and sorely needed when we are all in need of a mood-changer.

Three listens in, this one is definitely a grower with new and exciting nuances discovered with each subsequent spin. Recorded at Wilco’s loft studio in Chicago with Spencer Tweedy on drums the Psychedelic shapes and Pastoral-Folk tenor of the record will bring to mind guitar hero Richard Thompson.