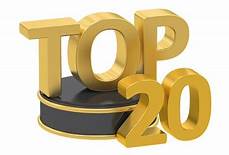 We are the quarter pole of the year and there have already been a lot of stellar records that have been released. And, we haven’t even yet been able to hear the new John Anderson record or the latest from Jason Isbell. We have likely missed a couple of your favorites, The Drive-By Truckers just missed the list, The James Hunter Six album was pretty great, and Lily Hiatt’s newest effort was pretty spectacular. But hey, after a few more listens this list will likely change. It always does.

U.S. Girls is essentially Meghan Remy along with a collective of like-minded musicians who are into the eerie soul of girl group melodrama. For Heavy Light, her latest effort, she combines Disco-Funk, Glam, and 60’s Girl Group Pop on a set of sometimes spooky but always beautifully compelling songs. The song to song cycle features a different sonic palate for each tune with the various textures all playing together quite nicely. The delicate piano ballad that is “Woodstock ’99” morphs into “McArthur Park” right before your very ears. Jimmy Webb would be proud.

Having released in 2018 the best album of the ’90s twenty years too late with their debut album Silver Dollar Moment, now, with their latest record, the band has quite simply outdone themselves. Bright and bouncy in all the right places there are influences of the ’60s as well as ’80s girl group, Bossa Nova Jazz, Funk, and Disco all rolled into a melting pot of what is sure to be one of our best albums of the year.

After just a cursory listen of Logan Ledger’s fine debut self-titled it will come as no surprise that he grew up on a steady diet of Roy Orbison. Picking up where Orville Peck, 2019’s breakout Country-Noir star left off, Ledger combines Hank Sr. Lyrics with Scott Walker by way of Chris Isaak vocal stylings on this mood-setting record that will surely be in consideration for one of the best debut records of the year. Produced by T-Bone Burnett with songs like “Nobody Knows” that is one of the best last call songs we have heard in a while along with “The Lights of San Francisco,” a song from the perspective of a prisoner on Alcatraz island, Logan Ledger is announcing himself as a songwriter to be reckoned with.

It is fair to say that this hard to label record from Honey Harper just might be the debut album of the year. It is part County-Noir, part Chris Isaak, part Scott Walker, and all cool. There is an other-worldly mystical perfume that washes over you when you are listening to this record. His web site pretty much hits on the head when they say that Harper seeks to revitalize country music for people who don’t like country music. Honey Harper is the cowboy angel you never knew you wanted.

As official members of the Ashley McBryde fan club from the days when she was hanging out in “A Little Dive Bar in Dahlonega,” we are calling our shot now. Never Will, her latest record will be on many of the year-end best-of lists, genre be damned. Rocking it up a bit more than her prior efforts yet maintaining her 80’s ladies charm, this one will put her right up there with Lilly Hiatt and Margo Price in the reigning queen of Country music sweepstakes.

Having pretty much written the template for Outlaw Country with his records Juarez, and Lubbock (On Everything) Terry is back with a bevy of collaborators with his first album in over 13 years. From the lonesome blues partnership with Folk stalwart Shannon McNally on “All These Blues Goe Walkin’ By” to the extended songwriting grace on the opener “Houdini Didn’t Like The Spiritualists” this is definitely every song’s a story record of the highest order. Just listen to “Death of the Last Stripper” and tell us we’re wrong.

14. Early James – Singing For My Supper

It almost seems that we are contractually required to like any record that comes from Dan Auerbach’s Easy Eye Sound record company, but we have no problem with that. From Yola, Dee Smith, on to Kendell Marvel and beyond everything that they touch seems to turn into ear-pleasing gold. And the new one from Early James, Singing For My Supper, is certainly no exception. From the opener, “Blue Pill Blues” we are treated to a semi-lengthy instrumental solo before the song turns into some sort of 70’s inspired warp zone that floats somewhere between Jefferson Airplane and Jethro Tull. As it turns out, the opener simply opens the door to the time travel portal that is fully realized with “Gone as the Ghost” and beyond.

Having been on semi-hiatus since 2004 and with her highly excellent eponymous debut record, Erin Moran, doing business as A Girl Called Eddy is back and better than ever. Been Around, her 2020 record could very well be a classic in the making.

With a chocolaty smooth voice that brings to mind a young Chrissie Hynde, the record ebbs and flows with little mini-orchestral marvels. With Daniel Tashian of The Silver Seas twirling the knobs as a producer, different layers and textures are employed on every track. There is a bit of a Sheryl Crowe by way of Mary Chapin Carpenter going on in places, and in others, this girl called Eddy goes low and slow Laura Nyro style. “NY Man,” and “Two Hearts,” are just two of the stand-out tracks on this one. Sure, it’s really early, but this one is the leader in the clubhouse for the album of the year.

With a moody atmospheric vibe that could very well be the soundtrack of some hipster New Orleans dirge after-hours party, Sam Doores uses strings, vintage organs, marimbas, vibraphones, and even an autoharp to create a moody, psychedelic vibe. This eclectic record also includes a stellar guest turn from Alynda Segarra from Hurray for the Riff Raff.

Straying ever so slightly from his Topanga Canyon Laurel Canyon vibing previous efforts, Jonathan Wilson headed over to Nashville for his latest record, Dixie Blur. Employing an iconic batch of sidemen including Mark O’Connor, guitarist Kenny Vaughan along with bassist Dennis Crouch and several others to create an angelic soundscape of one stunning song after another. ’69 Corvette is worth the price of admission alone.

Thus none comes from a recommendation from my mate Scott Ashworth from Scotland. After one listen this one already made the top twenty list and could very well move up with a bullet after we send some more time with it. With his second record, Gabe Lee combines intricate songwriting with old school instrumentation to create minds-eye vignettes that include small towns, lovers that leave and men on the run. Look for any of these Honky Tonk worthy tunes to be playing on your local dancehall jukebox very soon.

With their self-titled debut record Rookie, these Bloodshot Record artists don’t re-invent the Rock and Roll wheel here, but they definitely embrace it front and center. Part Glam, part Thin Lizzy with a little T-Tex thrown in for good measure, this one is a great retro listen.

Think Byrds, Geronimo’s Caddilac era Michael Martin Murphey, or Loggins and Messina on this one, a spectacular ode to the Laurel Canyon soundscape.

This exotically diverse record has glimpses of Psychedelia, Tropicalia, Acid Pop, Lounge-Noir and other really cool genres that we really love. Their version of the 60’s classic “Bang Bang” with an assist from Chrysta Bell is worth the price of admission alone.

This Glasgow based band has been around since 2005 and is still going strong with their original line up that features songwriter David Pope along with his sister vocalist Katie Pope. Their latest record features a wide array of Jangle Pop gems with Their ode to The Ramones “Hey Ho, Let’s Not Go,” “Dear Diary, I Died Again Today,” and “When Nietsche Dies” standing out as highlights.

Slide Guitar icon Sonny Landreleased has released another backwoods bad-ass set of electric Blues Rock that will curl your spine in all the best of ways. “Groovy Goddess” is a burn your ears off instrumental stunner that could have been an Allman Brothers Duane Allman mid-set solo from back in the day and “Somebody Gotta Make a Move” describes the dance of love perfectly. And if that’s not enough “Lover, Dance With Me” might be the driving tune of the year. Crank this one up!

This Southern California Rock duo that consists of guitarist and Multi-instrumentalist Bobb Bruno and singer Bethany Cosentino are pretty much the poster people for sun-drenched Los Angeles Indie Pop. Their new record tightens up the sound a bit and celebrates the joys of sobriety and standing on your own two feet. “For The First Time” will set the stage for you, but the rest of the record is pretty special as well.

The only thing not cool about this fantastic Power-Glam group is that they are from Atlanta, not London, Austin, or Glasgow. Pretty much every song is an earworm. Think David Bowie playing 7 minutes of Rumors era Fleetwood Mac while watching ABBA videos and you would have their blend of androgynous rock and roll power pretty much nailed. The Starbenders are our new favorite band.

You are unlikely to hear a better straight-ahead Rock and Roll record this year. You can trace the lineage of this band straight back tom The Faces and Exile-era Rolling stones with a stoop on the way back machine to The Black Crowes and The Georgia Satellites. Hailing from Northern Ireland, their latest record full of radio Rock and late-night whiskey-soaked Blues should be the breakthrough that this band richly deserves.

It should come as no surprise that Marcus King’s debut album comes from the good folks at Dan Auerbach’s Easy Eye Sound after all birds of a feather do what they do. A new school record with a vintage sound the subtle goes down instrumentation and the Soul drenched vocal style goes down super smooth like a shot of Pappy’s bourbon. This is a perfect laid-back record to engulf yourself in during these trying times.