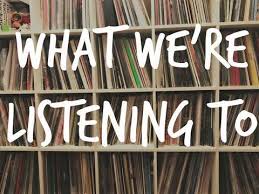 Sure we’re a bit gutted here at Rock is the New Roll that there is a bit of a delay on the new Chuck Prophet record, but hey, we will get over it. Here are some of the fine records we are listening to here in The Falcon’s Nest.

Dion – I Got Nothin’

On this true blues song from Dion where he collaborates with Van Morrison and Joe Louis Walker on this classic Blues tune that sounds like it could have come right out of the Allman brothers, actually, the best is yet to come.

The Cult – She Sells Sanctuary

In a somewhat obscure musical moment, a local sports talk show fellow was describing a back in the day bar hopping expedition in College Station when there was a busker in front of a bar of playing random songs. He said his band was playing in town and they were just going to jam in this local Texas  A&M bar before the gig playing only cover songs. The dude said his name was Ian Anderson and his famous song was “She Sells Sanctuary.” I immediately tweeted the dude as he was on air and told him I wasn’t aware that Jethro Tull’s Ian Anderson ever stood in for Ian Astbury as lead singer for the Cult. He corrected himself, giving me a shout out, and all was well.  This, of course, sent me down a Cult rabbit hole.

There are, of course, a zillion versions of “She Sells Sanctuary out there, but this one from the Rock Show House of Strombo is one of our favorites.

Here at Rock is the New Roll we have more than a few Rock and Roll guilty pleasures and Tesla is one of them. And, with the latest live Tesla record recorded at Abbey Road front and center in our skulls, we embarked on a journey to find the original version of the song that was set to vinyl. Here is the 2019 version.

And, here is the version from 1990 live from The Trocadero as it was meant to be heard on the Five Man Acoustical Jam.

From the And Justice For All Metallica album, here\, the members of Metallica do a Quarantune version of the song updated for 2020.

Sure, we accept and can handle the heat we get from Loving the over the top Retro-Sleaze of The Cadillac Three. So, it should come as no surprise that “All Night” from The Brothers Osbourne is right up our street.  with lyrics like “I got the good if you got the time/I got the Moon, you got the shine/ I got the back if you got the beat /Got the solid gold 33 on repeat” what is there not to like?

And then, there’s the remix of Paul Cauthen’s “Cocaine Country Dancing” featuring Electrophunk. Don’t tell me most of you have not been there.