Sure, we have to dig a bit deeper as the December freeze-out time for new releases starts to hit us, but heck, we never said it was going to be easy. And besides, we are doing all of the heavy liftings so you don’t have to.

Icecream Hands are out with a Beatlesque gem with “No Weapon But Love.”

And, an epic version of “Stand By Me ” that features Roger Daltry and Gary Moore has recently surfaced.

Here are five deftly curated gems for your ears to savor this week.

Kenny Wayne Shepherd who, fun fact, is married to Mel Gibson’s daughter, pretty much consistently stood in the shadow of fellow guitar slinger Jonny Lang until recent years. And, with this his the first live concert recording in 10 years, he may now be on top. A mix of covers along with Shepherd staples like “Blue on Black” the band crackles in places and explodes in others. “Mr. Soul” is a highlight with a scorched earth solo, and “King Bee” takes things a bit lower and slower and demonstrates the versatility of the band along with Noah Hunt’s impressive vocals not to mention featuring an off the rails organ riff.

After settling in with Damien Edwards, the latest new lead singer for Cats in Space, one of the best present-day AOR bands, we are all in here at Rock is the New Roll. With a vocal range that can time-warp back to the early ’80s, the music here is big, bombastic, and over the top in all of the right places. Very much in the Styx or Boston mold, songs like “Spaceship Superstar” and “Listen to the Radio” are pure Pomp-Rock pleasures, and the requisite ballad “I Fell Out of Love With Rock and Roll” is Queen meets Electric Light Orchestra with a side order of early Journey. And, of course, don’t sleep on the Glam wonderment of “Marionettes.”

Guitar Pop Impressario Kelley Stolz with his latest effort Ah! proves once again that he can stand fret for fret with Matthew Sweet for Power Pop supremacy. Combining Power Pop, Indie Rock, Jangle Pop along with moody Post-Punk sensibilities, this record combines everything that Stolz does best. “Never Change Enough” is a bit of a Country Rocker with a bit of an Old  97’s feel, “She Likes Noise” has a Post-Punk ‘My Sharona feel to it, and “and “Moon Shy” puts it all in a blender of cool smoothness.

Their first proper release in over a decade, the Indie Rock pairing of Hilarie Sidney and Ole Bratset is still as strong as ever. Wandering just on the outer edges of lo-fi, the title track comes dangerously close to shoegaze, and the cleverly titled “Some Like It Lukewarm” cranks things up a bit. With Sidney as a founding member of the terrific band Apples In Stereo, these guys know their way around an Indie-Pop rock song, just listen to the R.E.M. flavored “The Trouble With Friends” and tell us we’re wrong.

Billie Joe Armstrong – No Fun Mondays
As evidenced by his collaboration with Norah Jones on a set of Everly Brothers tunes, the Green Day main man is not afraid of taking chances and sending us down a rabbit hole or two for the sake of his songs. And, on No Fun Mondays, a set of eclectically chosen cover songs, he does just that.
Fortunately, there are more peaks than valleys on this one, “I Think We’re Alone Now” doesn’t quite stick the landing, but “Manic Monday” delivers, and, if it’s possible for a Shaun Cassidy (sort of) cover song to be cool “That’s Rock and Roll” is pretty hip.

Sure, they have one of the coolest band names on planet rock. But, they have the Rock and Roll goods to back it up.

Sure, these guys would have been huge in the 80’s alongside Eddie Money, but to our ears they are pretty retro cool right now, in 2019. 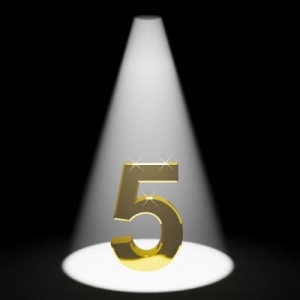 The year keeps rambling along with some real nice records released this week. The Flamin’ Groovies have the reiissue of the year in the bag already with a new pressing of Gonna Rock Tonight! The Complete Recordings 1969 to 1971. Royal Trux finally puts out a proper album on Fat Possum Records, and Art Rockers Japanese House released Good at Falling.

Here are five really excellent records that have caught our ear-tention.

Cats in Space would have fit in quite nicely in your late 70’s into the early album collection right up next to Toto, Foreigner, there are even shades of Boston and early era Journey on this one. Don’t sleep on the Rock opus “The Story of Johnny Rocket I to VII. There is a lot of Kansas on that epic song cycle.

It is hard to believe that this Southern Gentleman is only 20 years old. Another really excellent find from the Dan Auerbach’s Easy Eye Sound, Dee White has a vintage songwriters ear for a melody. His smooth delivery and vintage old school production, complete with strings in just the right places, will bring you back to early Glen Campbell and Roy Orbison.

Combining the greasy strut of 70’s Rock with Texas Blues and you get the Quaker City Nighthawks. A diverse listen that gets more compelling with each listen it is hard to tell if these guys are more influenced by Creedence Clearwater, Neil Young, or Tom Waits. If Blackberry Smoke were only a bit less country they would sound like these guys.

A vintage 70’s R&B sound with a modern day political bent. With dual vocals Durand Jones and drummer Aaron Frazer, Jackie Wilson along with Curtis Mayfield and The Impressions will be an immediate comparison. This a a terrific record and would have been made by Marvin Gaye if he was still alive.

A male version of First Aid Kit, these Minneapolis siblings carry on the singing duo tradition handed down from Simon and Garfunkel, and most notably, The Everly Brothers. With their gorgeous harmonies the brothers create a timeless sound. This is a record you will like at first listen and grow to love after 3 or more.